Authentic Astronaut Autographs and Exclusive Apollo Panoramas of the Moon assembled
from hi-res Apollo Photos, plus flown to the moon Space Memorabilia

Welcome to Moonpans.com, a site dedicated to mankind's greatest adventure, the Apollo Missions to the Moon. NASA's manned space program started in 1959 with project Mercury, where the first seven astronauts were selected, and sent on solo sub-orbital and orbital flights. Through the two-manned Gemini program from 1965 to 1966 which achieved more complex goals such as Space Walks and Rendevous. This paved the way for the most ambitious space program off all time, the Apollo Program to land men on the Moon.

At Moonpans you will find incredibly rare and highly collectable pieces of memorabilia from the Apollo Moon Missions. Including Authentic Apollo Astronaut Autographs, Flown to the Moon artifacts and our exclusive hi-res Apollo Panoramas which were taken by the Apollo Astronauts when they visited the Moon between 1969 and 1972. The Apollo panoramas were assembled by UK based Mike Constantine in Adobe Photoshop, each one is made from several separate NASA photos obtained from The Apollo Archive, the Apollo Lunar Surface Journal, and The Lunar and Planetary Institute. The panoramas are available as Apollo Panoramic photo prints or as Apollo 360 degree panorama VR Movies 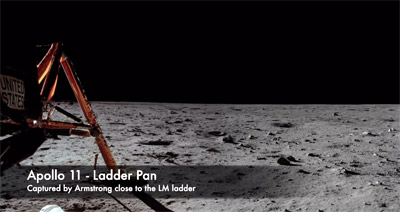 Send a Personalized Message Plaque to Space with AstroGrams 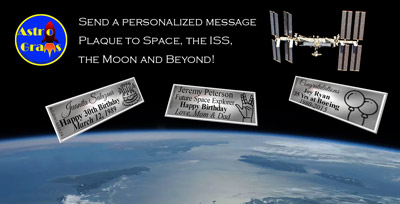 We would like to thank the following astronauts for their time and patience in signing autographs for us, and their help in the assembly of the panoramas:

All design and images © moonpans.com